April is a month associated with rain showers, but it was thunder – or rather The National Lottery’s Thunderball game – that dropped big cash prizes on a group of lucky players.

During April, no less than 8 players won Thunderball’s top prize of £500,000! That’s an incredible number of winners for a single month and the prize is amazing considering a Thunderball ticket costs £1.

But that’s not all folks! A further 7 lucky Lotto players won £1MMillion each during April and 9 players of the EuroMillions UK Millionaire Maker game scooped £1MMillion each. 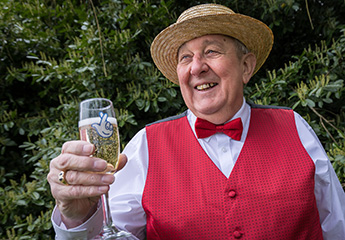 April was the month we tuned in to the story of John Wallman, a member of a barbershop quartet who was hitting high notes after a £1MMillion win in the special EuroMillions UK Millionaire Maker draw. The 76-year-old tunesmith admitted he was in tears when his fantastic prize was confirmed. You can read John’s incredible story here.

And April certainly showered cash on a lucky Set For Life player who won the top prize of £10,000 a month for 30 years.

There were also some very big Scratchcard winners in April. Three lucky players won £1MMillion each and 2 others won an incredible £2MMillion each.

April was the month we met Caroline Walsh, a retired lollipop lady from Pontypool who scratched off a £300,000 prize on a National Lottery Scratchcard she bought on her way to a doctor’s appointment. The 58-year-old and her 2 sons are still coming to terms with her good fortune. She said, “We’re all in shock. They are both grown up and have children of their own, so the money will make such a difference to all of us.” You can read Caroline’s lolly … sorry lovely … story here.