Plenty of ‘Halloween treats’ for our big October winners

October ended with the sight of little vampires, zombies and skeletons playing ‘trick or treat’ in streets decorated with scary pumpkins. Thankfully, Halloween 2021 coincided with the clocks going back, so the kids (and their weary parents) got an extra hour in bed to recover.

Halloween would have been especially exciting for the lucky Lotto player who won an £11MMillion jackpot prize in the 30th October draw – that’s a lot of pumpkins. And the 13th October 2021 Lotto draw certainly wasn’t unlucky for the player who scooped a £2MMillion jackpot win.

October was also the month we met some very excited EuroMillions winners. Holly Saul, a 29-year-old mum from Cambridge described the “surreal” moment she learned she had won a £1MMillion prize in the EuroMillions UK Millionaire Maker. Holly and her partner Ben Lowther, 38, spent an hour in the garden “giggling like children” after confirming the amazing win. Read their heartwarming story here. 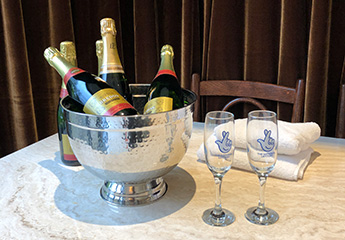 Meanwhile, a syndicate of hospital workers who call themselves ‘The Pharmily Crew’ (most of them work in the pharmacy department of Swansea’s Morriston Hospital) were popping the bubbly after sharing a £118,044 prize on EuroMillions. Find out how the 53-strong syndicate celebrated here.

Thunderball was also in great form in October as 5 lucky players won the top prize of £500,000.

Last, but by no means least, it was a brilliant month for Scratchcards. October delivered 13 high tier winners (prizes of £50,000 or more) with 1 lucky player scratching off a £2MMillion prize and another scooping a £1MMillion prize.

We met Sean Irwin, a lucky plumber from Brentwood, who popped into a shop to buy some bottled water and walked out with a Scratchcard that won him a £300,000 top prize. Read his story here.

Meanwhile a keen fisherman from Cheshire reeled in a big catch when he landed £300,000 on a National Lottery Jewel Smash Scratchcard. Graham Potts, 56, bought the Scratchcard with some spare change and waited until he was home before scratching off his amazing prize. Cast an eye over his story here.