Kye Whyte’s Olympic silver medal has inspired a new generation of kids to take up BMX, according to the club in Peckham, south London, that mentored him.

CK Flash is the coach and CEO of the south London club that has mentored Whyte since he took up BMX as a toddler. The club in the heart of Peckham was opened in 2013 with the help of £100,000 from The National Lottery.

By helping clubs like Peckham BMX transform the lives of riders like Kye, National Lottery players are playing a vital role in supporting Team GB athletes. 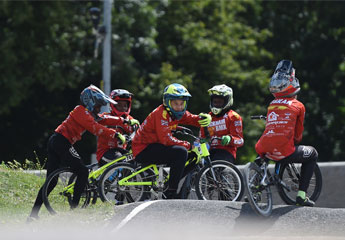 CK, who has seen first-hand how National Lottery funding allows athletes to train full time and benefit from world-class facilities, technology, coaching and support teams, said, “Kye always seems to surprise me. He's been with me since he was 3. I’ve been running the club for 17 years and getting the club to where it is with the other 7 riders who made it onto Team GB."

CK said it was amazing to see Kye win a silver medal. He added, “It's a fantastic thing for the community and amazing for kids in the club to look up to. Let's look at the future and see if we can make some more Kye Whytes."

Peckham’s Kieran Beneochrise is among the young riders inspired by Kye’s medal-winning performance in Tokyo. The 15-year-old said: “It was amazing for him [Kye] to take silver and it was well deserved. I’ve seen him train here and to know he started in Peckham is really inspiring. My dream is to win gold at the Olympics one day!”

Inspired by Kye’s success, Peckham BMX Club hosted an event supported by UK Sport and The National Lottery to inspire more children from urban backgrounds to get involved in potential Olympic and Paralympic sports. 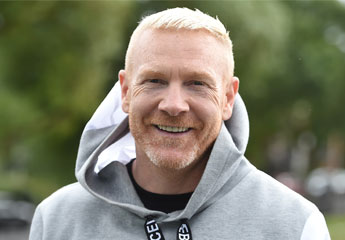 2-time Olympian Iwan Thomas, who was a BMX rider before shifting his focus to athletics, was there to support the event. Iwan said BMX has given Kye a chance to follow his dreams all the way to the Olympic podium.

He said, “The reaction everyone is having to Kye’s success is huge and rightly so because he's a role model. What he may not realise now is there are kids here today with big smiles on their faces, but what becomes a reality for them is they see Kye train here, and it becomes achievable for them.

“All of a sudden, these youngsters who are already inspired will think 'if Kye can get there and medal, maybe I can’. That's all youngsters need to keep them in the sport.”

Hannibal Morris, Head of England’s Talent Development Pathway at Sport England, said: “People sometimes don't realise by playing The National Lottery, even if it's just a pound a week, they're actually paying towards people's dreams, so thank you to the British and Northern Irish public.

“What we really hope for is to open the aperture of high-performance sport so that sport is seen as an option, not a privilege, for all young people of the UK, regardless of their background. It goes beyond Kye's individual success and shows what's possible. From Sport England's perspective, we want to ensure a national development for BMX across the country to represent modern British culture, which is best showcased by Beth and Kye.”

Thanks to support from The National Lottery and its players, UK Sport is running an initiative to get more young people from urban areas to explore their potential in Olympic and Paralympic sport. Visit www.fromhome2thegames.com for more information.