Ask Eliza Hickey what football means to her and the 16-year-old from Birmingham doesn’t hold back. She said, “Football has pretty much saved my life to be honest. It’s a part of my life that has been consistent and under my control. I know what I can do with a ball and the sport has been there for me at my darkest moments.”

Life hasn’t always been easy for Eliza who is on the spectrum and is hyper-sensitive to smell and touch. She struggles with anxiety and has a tendency to overthink situations.

In March 2020 she was also diagnosed with ADHD, a combination that has made school and life in general extremely difficult at times, according to her mother, Maree.

Maree said, “Eliza is a complex individual. She can become over-focussed on things and struggles to manage all the emotions that go with that. She’s very physically able and very bright, but sometimes it’s hard for her to process all the things in her head.” 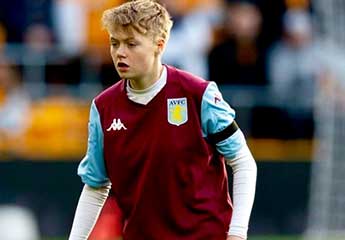 Eliza’s talent as a footballer has never been in doubt. When she pulls on her boots and walks onto the pitch as a member of one of Aston Villa’s Ability Counts teams – the Birmingham football club’s implementation of a National Lottery-funded scheme to support women’s disability football across England – she feels free to focus on one thing: scoring goals.

Eliza, a natural player who is confident on the wing or as a centre-forward, said, “When I score I get a rush – it’s incredible. It’s a proper sense of achievement, that you’ve done something for yourself and your team.”

Joining the Aston Villa Ability Counts team has provided Eliza with some incredible experiences. Not least scoring two goals in front of 30,000 cheering fans at a half-time exhibition match at Wolves’ Molineux Stadium.

Maree said football gives her daughter a sense of freedom. “There’s something about it that allows her to express herself. She’s good at it so it gives her confidence and there are moments when she forgets about everything else – a feeling she doesn’t get when she’s doing other things.”