A new look at black history

On 22nd September 1943 an editorial appeared in the Kingston Gleaner newspaper in Jamaica. It asked for volunteers between the ages of 18 and 32 to join the Royal Air Force to serve alongside British troops in World War II. Many Jamacian men came forward, including Errol James and Alford Gardner. 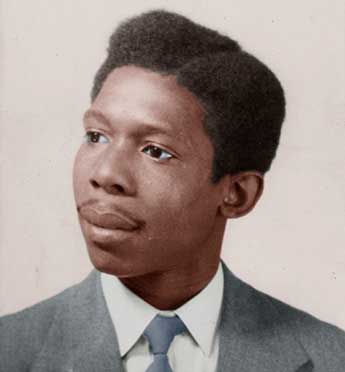 While World War II eventually ended, Britain’s need for workers did not. Jobs in the NHS, engineering and transport industries urgently needed employees. With war casualties of 384,000 soldiers and 70,000 civilians there was a huge gap in the UK’s labour market. Once again Britain turned to Jamaica for help and advertised work for those who could find enough money to come to the UK on ships like the MV Empire Windrush.

Some Jamaicans, like Errol, came straight back to the UK to settle after they were discharged from the Armed Forces. Others, like Alford, returned home to Jamaica before later buying passage on Windrush and returning to the UK.

When Alford arrived back in the UK the reality of work was somewhat different to the promise. Jobs were hard to get and he struggled to find accommodation. The reception for black people who had served in the British Armed Forces wasn’t exactly welcoming. When looking for a home Alford was told, “I’m sorry, but you’re not in the RAF anymore. The neighbours won’t like it.”

But both Alford and Errol did settle in Leeds and they went on to make a phenomenal contribution. Jamaica and Britain have a shared love of cricket and the pair founded the Leeds Caribbean Cricket Club, which helped foster a community spirit.

Cricket was just the start for Errol, who went on to do so much for his community that in 1982 he was awarded an MBE for his work improving race relations. Then in 1983 he co-founded the Harehills and Chapeltown Law Centre to provide advice to those affected by the British Nationality Act, which required West Indians to apply for citizenship. 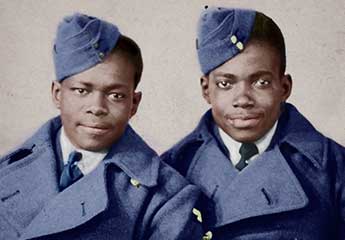 The photos above are just a couple of the many which have been restored and colourised by the Jamaica Society Leeds with its National Lottery-funded project, Back to Life. The lead image shows members of the Leeds Caribbean Cricket Club on their way to play – a wonderful glimpse into the lives of first generation Jamaicans in the UK.

Included in the lead picture are Errol (back row, second from the left) and Alford in the front (playing the guitar). Story images show Errol in a suit and Alford (right) with his friend Dennis in their uniforms.

By playing The National Lottery you raise £30 million for good causes every week.