How slalom star Charlie Guest skied back from the brink

Four years after shattering 4 vertebrae in her back as a result of a training accident in Sweden, Alpine skier Charlie Guest was ready to quit the sport. 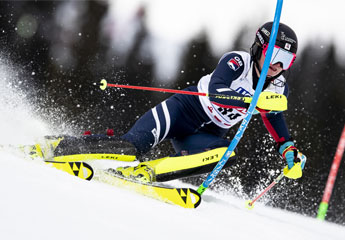 The Scottish star had returned to the slopes after the 2014 accident when she lost control on a slalom course, flew into a forest and landed on a boulder. Her body healed, but the exhausting cycle of building herself up to compete, then suffering bouts of excruciating back pain, had left her ready to walk away.

Charlie, 28, said, “I was fed up with being an injured athlete – it was seriously demoralising. I was really in a low place.”

After taking part in the 2018 Winter Olympics, where she placed 33 in the slalom and reached the quarter-finals of the inaugural mixed team event, she felt “mentally destroyed.” It was a sad state of affairs for an athlete who had enjoyed a prodigious career after learning to ski as a 3-year-old on a golf course near her grandparents’ house in the Scottish Highlands.

Charlie was 11 when she won a scholarship to the British Ski Academy in France. At 14 she became the first British girl to win an international children’s race and it wasn’t long before she was competing in Europe as part of the Scottish Alpine Ski Team. 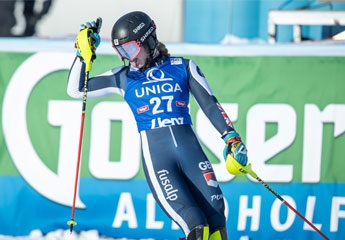 Prior to the accident the then 20-year-old was flying high. She had just qualified for her first World Championships and was in world-beating form.

Then came the accident. She was forced to spend a year away from top-level competition and endure months of rehabilitation. At her lowest ebb in late 2018, Charlie was offered a lifeline. As a member of The World Class Programme – the National Lottery-funded scheme that supports British athletes who compete in funded Summer and Winter Olympics sports – she was able to access specialist treatment at a clinic in London.

She said, “The physiotherapists in London treated me completely differently. On my first day, one of them said ‘how are you?’ and I broke down in tears. There was a realisation that my body had healed, but what was going on in my mind needed attention – a kind of neurological reprogramming.” 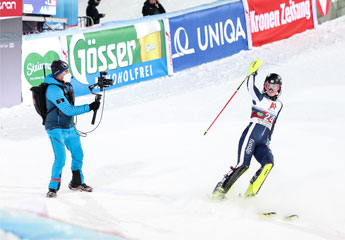 Charlie returned to competition in January 2019 fully expecting to hang up her skis at the end of the year and go to university. But something had changed. At the start of February she put in the best result for a female British skier at the World Championships; 2 weeks later she became the first British woman to win an Alpine European Cup race.

She said, “It was an incredibly quick turnaround. And it came from the mental switch that I’d made in London. Instead of seeing myself as an injured ski racer, I’d become someone who realised racing isn’t everything.”

That mindset helped her jump to 20th in the world rankings and put her university plans on hold. She has continued to improve and declared herself in great shape for the XXIV Olympic Winter Games in Beijing that start on 4th February 2022.