Welsh filmmaker Prano Bailey-Bond is excited about going to the cinema again. And with her first feature film Censor – a tale of psychological horror developed and produced with the help of National Lottery funding – scheduled for a UK release on 20th August 2021, she hopes plenty of other people will join her. 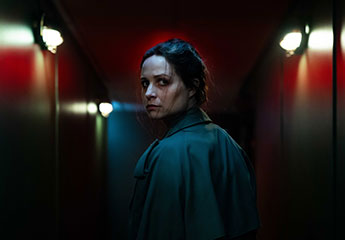 Prano, 38, would like as many people as possible to experience her chilling film at a cinema, where the sound system and big screen take you to the heart of the story and keep you there.

She said, “We made the film for people to see in a cinema. I personally think that seeing a film that way is much more immersive than watching it at home. I’ve had experiences at the cinema where I feel I have been transported to another planet for a couple of hours.”

Prano, who acquired a taste for screen scares watching Twin Peaks as a child, says The National Lottery has played a huge role in emergence as one of UK film’s hottest new talents. In 2017, she was one of 17 young filmmakers chosen to take part in a professional development programme run in conjunction with the BFI London Film Festival. 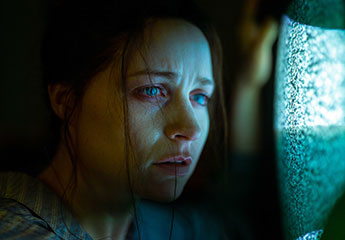 More recently, the BFI and Film Wales – organisations that respectively distribute and delegate National Lottery funding – have helped her write and develop the script for Censor and film it.

When the film was selected for the Sundance Film Festival 2021, Prano took to Twitter to share her gratitude. She wrote, “I would like to say a HUGE thank you to all the #NationalLottery players who through buying a ticket have supported me in making my debut feature film CENSOR, which is selected for the Sundance Film Festival 2021. I couldn’t have done it without you! Thank you all so so much!”

The National Lottery played a part in getting people back to the cinema in 2021. Players were able to get a free pair of cinema tickets as part of National Lottery Cinema Weekend on 19-20th June 2021.

More than 200,000 tickets were up for grabs and more than 500 cinemas right across the UK took part. National Lottery Cinema Weekend is our way of saying a big thank-you to you – the players – for helping raise over £30MMillion a week for good causes and supporting the UK film industry.

You can watch the trailer for The National Lottery Cinema Weekend below: