Birmingham filmmaker Tayyib Mahmood can’t wait to see No Time to Die, the latest installment of the James Bond franchise. 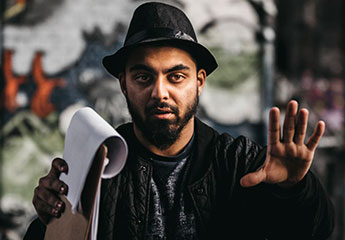 The 24-year-old is a huge fan of the 007 films, but his interest in the movie (scheduled to be released in September 2021) is personal. He spent 4 months working on it at Pinewood Studios in Buckinghamshire thanks to a National Lottery-funded initiative designed to help the next generation of filmmakers get a foothold in the industry.

Tayyib, a Birmingham City University film graduate, was working as a supermarket porter when he got the Pinewood placement via the British Film Institute’s Future Skills initiative. He was shaken, stirred and very, very excited.

He said, “I was flabbergasted to be honest – James Bond is one of my dream franchises. But I had to sign a non-disclosure agreement, so I couldn’t even tell my mum the name of the film I was working on.”

Did he get to meet the film’s stars? All Tayyib will say is this: “Daniel Craig had a job to do and so did I. We are both professionals.” 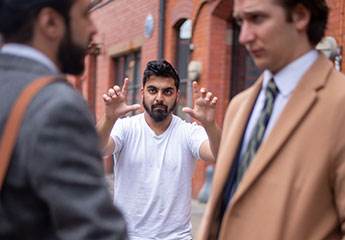 Tayyib, who fell in love with film at 7 by watching VHS tapes loaned to him by his uncle, had never been separated from his family for more than 2 weeks. But realising he had a “once in a lifetime opportunity” he found rental accommodation near Pinewood Studios and took the plunge.

One of the aims of the Future Skills initiative is to make sure the film industry’s workforce represents its UK audience. Tayyib acknowledges he has struggled to find role models in the film sector. He said, “The majority of people who work in it are white. It was hard to see a way in at times.”

His time at Pinewood proved invaluable. He said, “I did my best to connect with people and I found out that networking is incredibly important. I’m working on my own short films now and my dream is to get my first feature film released by the time I’m 30.”

The National Lottery played a part in getting people back to the cinema in 2021. Players were able to get a free pair of cinema tickets as part of National Lottery Cinema Weekend on 19-20th June 2021.

More than 200,000 tickets were up for grabs and more than 500 cinemas right across the UK took part. National Lottery Cinema Weekend is our way of saying a big thank-you to you – the players – for helping raise over £30MMillion a week for good causes and supporting the UK film industry.