Red, red, ready for the return of native squirrels

Red squirrels were once a familiar sight on the 2500-acre Knowsley Estate estate in Merseyside. But the population dwindled and the last verified sighting of a ‘red’ was in 2016.

Since then, there have been anecdotal reports of red squirrels, but none have been confirmed. Naomi Davies, research and conservation officer at the Knowsley Safari Foundation, a Merseyside charity based at the estate’s zoological park, said, “There’s no guarantee that we don’t have red squirrels, but it’s looking less and less likely.” 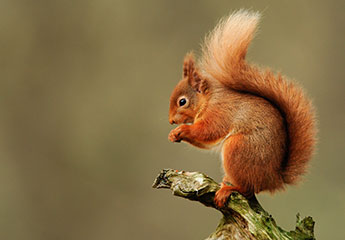 The plight of the UK’s only native squirrel is no secret. The grey squirrel – an invasive species introduced from North America from the 1890s – is bigger, stronger, less fussy about its diet and immune to the Squirrel Pox Virus that has devastated red squirrel populations. The result of this unequal battle has been a drastic decline of the red squirrel population to the point where conservationists consider it endangered.

It is estimated about 140,000 red squirrels remain in the UK compared to about 2.5 million greys. There are red squirrel strongholds in Scotland, the Lake District and Northumberland, but in other parts of the country, conservationists are working hard to restore the numbers of our native squirrel.

The Knowsley Safari Foundation would love to regularly see red squirrels on the estate and surrounding areas again. And it has been given a significant boost by The National Lottery which has contributed more than £100,000 to Reclaiming Reds, a 2-year red squirrel conservation project.

Naomi, 28, said, “At the moment this isn’t a reintroduction programme. This grant is allowing us to do a combination of grey squirrel control and community engagement. We want to get the community onboard, get them excited about red squirrels and lay the foundation for reds being present in Knowsley.” 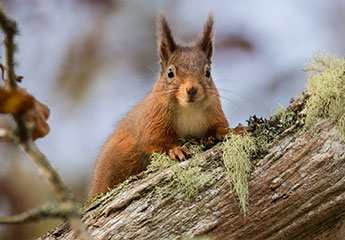 The much anticipated resurgence of reds may come eventually from nearby Formby on the Sefton coast north of Liverpool. The area has a healthy population of red squirrels and an ideal solution to Knowsley’s dearth of reds would be natural dispersal – the gradual migration of the native species from Formby to Knowsley.

Naomi said, “We’d like to create a corridor between here and Formby that will allow the reds to disperse naturally. But if they don’t move naturally into the area we might look at supplementing the [red] population.”

Getting the local community excited about the project is vital. Naomi said, “The loss of reds is a relatively recent phenomenon. People in the area say they saw them all the time 10 or 15 years ago. It would be wonderful to have them back.”