Jasmine† was married at 19 years old and her husband had stopped her from continuing her education or earning money. She lived through a financially, emotionally and physically abusive marriage until she was able to escape to a women’s refuge with her children in 2019. 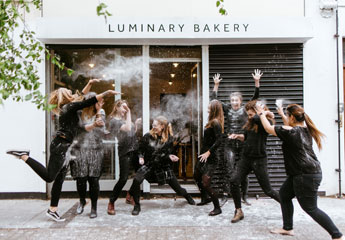 While she was there she was referred to Luminary Bakery, an all-female project partially funded by The National Lottery that helps women from disadvantaged backgrounds to get back into work.

When she first started at Luminary Jasmine had no confidence and experienced episodes of very low mood, anxiety and real hopelessness. She said, “I believed I was a failure and had lost all of my good qualities. Luminary was the first time I had experienced freedom and respect... now I feel that I am special and I have a choice.”

With support from the Luminary team Jasmine discovered a passion for baking that has helped her rebuild her resilience and live as “an independent woman with love, respect and freedom.”

Jasmine’s story is a familiar one at Luminary Bakery, a project whose training and employment programmes help women who have experienced violence, homelessness and disadvantage.

Luminary Bakery was founded by Alice Williams, along with some friends who were inspired to act after encountering disadvantaged women in East London. They began running baking sessions at a women’s hostel before launching the bakery in 2014. 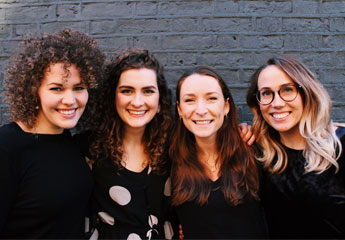 Alice, 32, believes baking is therapeutic and a great way to build confidence and unleash creativity. She said, “It helps develop other skills such as determination, precision, time-keeping and even literacy and numeracy skills from following recipes. It's also a trade, which can open doors into a career.”

Support from The National Lottery has helped Luminary Bakery expand its activities. Alice said, “Thanks to National Lottery players, we were able to open our new Camden training centre which quadrupled the number of women we could support! We’ve been able to kit this centre out like the ‘Great British Bake Off tent’ so each woman has her own bench and set of equipment for training!”

Alice said the bakery’s trainees are a “resilient, caring, talented and hilarious bunch of women” – exactly the kind of women she is proud to work with. Alice added, “My mind immediately goes to the women who have graduated from our programmes and gone on to set up their own businesses, raise wonderful families, get promoted at work, overcome difficulties and also give back to others.”