The teenager helping girls get with the program

Avye Couloute really enjoys writing computer code. But what gets the 14-year-old truly excited is using that code to make a hand-built robot move and obey her commands. 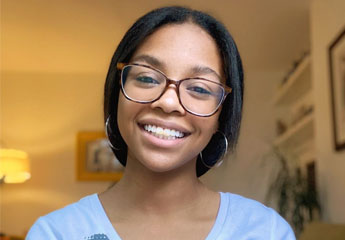 She said, “To see something you’ve made come to life is incredible. It’s called physical computing and it’s the focus of my workshops.”

Yes, you heard that right. The school student from south-west London has been organising coding workshops since she was 11. Her Girls Into Coding initiative – a project supported with National Lottery funding – aims to imbue other young women with her passion for programming and encourage them to think about careers in a sector where the majority of workers are men.

In 2019, the technology magazine Wired reported that just 17 per cent of software developers in the UK were women. Avye is trying to change that statistic one line of code at a time – and having a lot of fun in the process.

She said, “I think [young women] are put off by the stereotypes surrounding programming. Which is why it’s important they know about the opportunities these skills can give them and the kind of careers they can lead to. We want to demystify programming and make it gender neutral.” 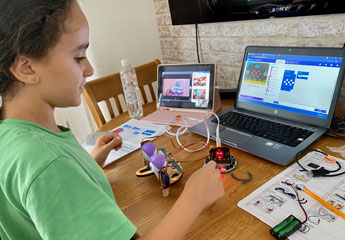 Having fun is a big part of her approach. Girls who take part in the workshops are sent a package of components that can be built into a robot designed by Avye. One of her earliest creations had the ability to wave a bunch of balloons and a more recent design was fitted with a claw that could pick up and drop objects as it moved across the room.

She said, “Another one I sent out recently has a sensor that picks up data like temperature. The girls can put the robot in different locations and see the temperature move up and down on their computer screen.”

Her most impressive robot to date? “I think that’s the voice command one. You press a button, speak into its microphone and choose a command such as move your arms, wave your arms or open your mouth.”

When the face-to-face workshops held by Girls Into Coding had to be suspended because of the coronavirus, Avye moved them online. With the help of funding from The National Lottery, she and her mother Helene, have been running virtual sessions attracting girls from across the UK as well as the United States, Canada, India, Singapore and Denmark.

One of Avye’s favourite moments is when a girl’s robot springs into action for the first time. She said, “It’s fantastic to see the look on their face when they realise they can code and what they’ve built actually works.”