Abbie’s being honoured for her work with autistic kids

During lockdown Abbie hosted online digital creative sessions to tackle feelings of isolation and loneliness that many faced. Sessions included photography, animation and digital play, as part of a range of arts and crafts activities.

Abbie said, “Since the pandemic we’ve had to adapt to a really different way of working in order to provide marginalised and vulnerable groups with continued access to digital technologies and art. When our building closed at the start of lockdown in March, I instantly knew what we needed to do. I wanted to provide a framework for the young people we work with, something they could take hold of while everything else in the world was in flux. We were going to be a constant and consistent part of their lives through this very difficult period. I am hugely grateful for the funding that has come from National Lottery players, as without it, we would not be able to keep helping our young people.” 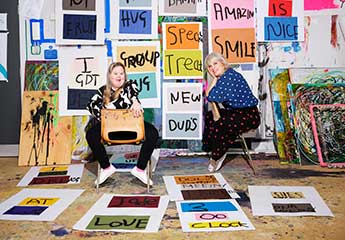 Abbie is one of 13 people being honoured with The National Lottery’s 2020 Portraits of the People taken by photographer Chris Floyd. Chris has spent his 25-year career photographing household names such as Sir Paul McCartney, Victoria Beckham and Sir Mo Farah.

Chris was commissioned by The National Lottery with the aim of creating a ‘moment in history’, preserving the work of these unheralded champions for posterity and encapsulating the varied and innovative ways art can be expressed. 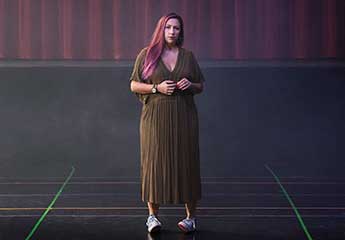 Chris said, “All of the people we’re meeting in this exhibition have done something special to help keep the soul of their community alive in these difficult and dark times using funding raised by National Lottery players. Humans are pack animals and our desire, as well as need, to come together – whether physically or digitally – and make common cause is one of our dominant instincts. This group have all shown a ‘can do’ spirit, a refusal to lay down and give up, despite their own personal and national trials this year. They have created work and projects specifically designed to fulfil that need for communal strength using the power of the arts. My aim was to document each of them in a way that showcases and honours that sense of integrity and fortitude, as well as their humour and joie de vivre.”

To celebrate Abbie and 12 other artistic champions, 8 of the UK’s most famous and iconic art galleries are coming together online for the first time to honour them. The digital exhibition can be visited on the websites and social media of: The National Portrait Gallery, London, The National Museum of Wales, Cardiff, The MAC in Belfast, IKON Gallery in Birmingham, Summerhall in Edinburgh, , Ruthin Craft Centre in Ruthin, Wales, The Photographers’ Gallery in London and the BFI. They will also be on display at BFI Riverfront Restaurant & Bar at BFI Southbank in London. 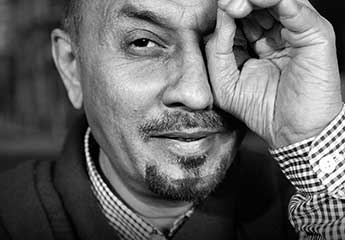 The exhibition is accessible free online across all the galleries’ websites throughout November. In addition to the portraits, award winning filmmaker Jayisha Patel, a beneficiary of the BFI Network talent development programme has documented Chris Floyd’s shoots with a behind the scenes short film. The piece looks at some of these amazing people and the stories behind them, the film will be available across the BFI’s social media channels.

The launch coincides with The National Lottery report which shows across the UK the public turned to a wide range of artistic activities during the pandemic. Among them 24% seized the chance to do more arts and crafts with around half (51%) enjoying listening to more music. Half of people have also taken to watching more films and 14% are singing more.

With many traditional entertainment venues closed, taking on a creative task also became a comfort for many with 61% of those who interacted with arts and crafts crediting it as a factor in improving their state of mind during the crisis. Two thirds (66%) of people who listened to music more during lockdown said that doing so had a positive impact on their wellbeing. A further 38% said taking part in arts and crafts helped them feel more relaxed and less anxious. Importantly, more than half (51%), also believed the mental wellbeing impacts would be long-lasting for them.

Here’s a full list of the artists being celebrated:

Check out the amazing photos and stories in the links above or virtually visit one of the online galleries which are hosting Chris’s fantastic portraits.