How poems helped Denise and Monica build a lockdown friendship

When Denise Lowe was at her lowest ebb in the early stages of the lockdown, she was reluctant to answer the phone for fear of bursting into tears. 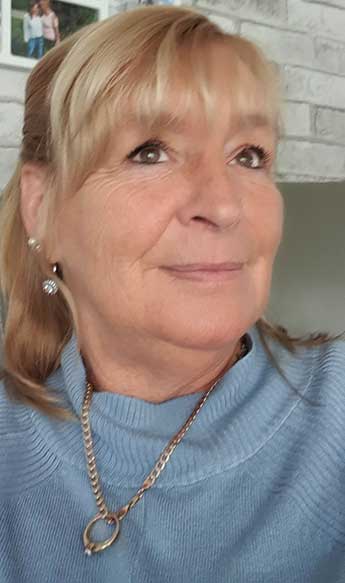 Denise, 61, is a full-time carer for Gerald, her 75-year-old husband, who has Alzheimer's. When the coronavirus forced the couple to self-isolate at their home in Rugeley in Staffordshire, she felt increasingly lonely and isolated.

Denise said, “Gerald was diagnosed four years ago and he’s getting a lot worse now. It’s an isolating full-time job caring for him. You can’t go anywhere because you’re scared he’ll get lost. There’s a lot of things he doesn’t understand and he sometimes has tantrums.”

What Denise needed most, she realised, was a friend: someone to talk to. When she heard about a National Lottery-funded scheme called Reading Friends – a UK-wide programme that uses reading as a way to start conversations and connect people – she agreed to take part despite the fact she has never been much of a bookworm.

Denise said, “I’ve never been a reader mainly because I’ve never had much education. My life’s been about surviving and I’ve always been looking after somebody. I had to look after my mother-in-law, who was 100 when she passed away in January. Now I look after Gerald.”

She got her first call from her Reading Friends buddy Monica Cru-Hall, a 42-year-old Library Assistant at the Newcastle-Under-Lyme Library on a Tuesday morning in late March. Right from the start, the two women hit it off.

Denise said, “The first session we had a bit of a chat. She got me giggling which was a rarity back then."

Monica’s ability to listen and empathise is understandable because she’s a creative arts therapist as well as a librarian. She likes to read a new poem to Denise each week and feels that one in particular – 'Isn’t That Something' by the 13th-century Persian poet Rumi – encapsulates Denise’s ability to lift people’s spirits. Monica said, “She’s got a beautifully bubbly voice that when you speak to her you feel better.”

The poems are just one element of the weekly catch ups, of course. They pave the way to a much needed chat between two women who now consider each other firm friends.

Denise said, “Talking to Monica is the only ‘me time’ I have and I feel I’ve got to know her really well. I can honestly say the only good thing that has come out of this lockdown is her.

“Monica asks my opinions about things and no one ever asks me my opinions. She’s become so important to me.”

Monica also relishes her weekly chats with Denise. She said, “When we were properly locked down the only people I was seeing were my partner and my children. It was so lovely for me to hear about someone else’s day.”

Once, at the start of a particularly difficult week, Denise felt unable to answer Monica’s calls. But Monica persisted and when they finally spoke Denise said, “'I’m so sorry – I was worried I’d burst into tears if I picked the phone up because I’ve been having such a bad time'; Monica said 'I don’t care if you phone up and say 'I’m too low to talk'. I’ll try to help you'.”

Denise paused, clearly emotional and said, “She’s pulled me out of some really black holes.”

The two women have never met in person, but they both hope to one day. Denise said, “Monica has asked me to visit her at the library. I said ‘yes, but don’t expect me to sit and read a book’!”