A group of National Lottery-funded projects has joined forces to help increase the identification and reporting of Honour-based abuse. 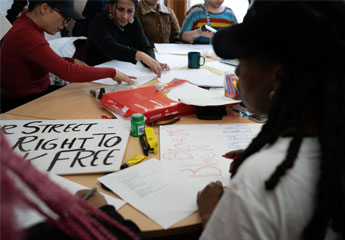 The campaign, made possible by National Lottery players, coincides with the launch of a book, ‘No Safe Place’, co-written by Dr Hannana Siddiqui (main image), the award-winning author and Head of Policy and Research at Southall Black Sisters. She wrote the book in collaboration with Bekhal Mahmod, whose sister, Banaz Mahmod, was murdered in a so called ‘honour killing.’

The book recounts the extraordinary and horrific true story of Banaz’s murder at the hands of her father, uncle and male cousins, and the subsequent court case, at which Bekhal gave evidence against members of her family. 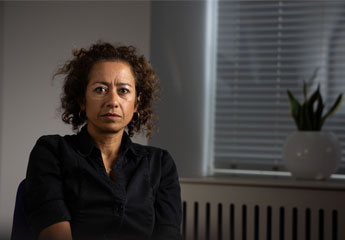 Award-winning journalist and author Samira Ahmed (pictured) called for a more open discussion of the issue of HBA.

She said, “Honour-based violence has always been there, but we did not always call it honour-based violence. The word ‘honour’ is controversial – some people feel it should not ever be used in the context of violence against women – but it struck me that the problem was never going away, that there were always accusations of racism if people tried to talk about it, and women were being silenced.”

She acknowledged HBA continues to be underreported and under acknowledged by the wider public, partly due to difficulties associated with labelling and discussing it.

Samira said, “I’ve been really struck when I’ve gone into some communities, and spent time talking to people, police, social workers, women’s groups, about how much pressure there is to not talk about honour-based violence, because somehow it tars a whole community and that it suits racists to talk about it.” 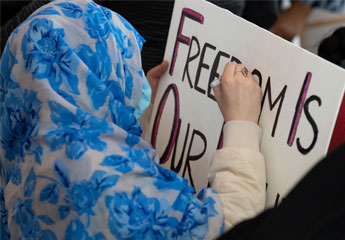 HBA can take many forms, including child marriage, virginity testing, enforced abortion, forced marriage, female genital mutilation, as well as physical, sexual, and economic abuse and coercive control. It is widely misunderstood and underreported, meaning that hundreds of victims are not being helped and perpetrators are escaping justice.

Yasmin Khan, founder of The National Lottery-funded Halo Project, believes the pandemic has led to a surge in survivors coming forward after 2 years of being unable to seek help.

Her charity has identified huge gaps in the reporting and understanding of HBA, which Khan says is even more prevalent than official figures suggest. The Home Office has only started collecting data from police forces on HBA offences since April 2019.

Khan said, “We are seeing a tsunami of victims coming forward who have been extremely traumatised. This pandemic has exposed such inequalities and gaps in services, and a lot of staff are burnt out.”

The Halo Project’s long-term aim is to build a ‘zero-tolerance’ approach to honour-based abuse and ‘eradicate’ gender-based violence.

A film about Honour-Based Abuse featuring Samira Ahmed and Hannana Siddiqui can be seen below: