How Howard got suited, booted and back into the workforce

When Howard Dunn got a phone call inviting him to a job interview in Plymouth his confidence was at an all time low. 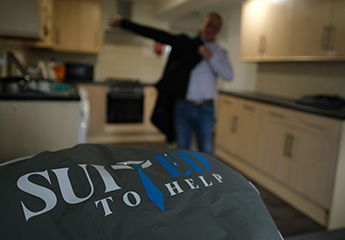 A relationship breakdown had sent the 55-year-old army veteran into a “massive downward spiral”. He had destroyed the caravan he was living in, slept on the streets for a week, then moved into bed & breakfast accommodation with just a couple of rucksacks to his name.

Faced with the prospect of turning up for an important job interview in a T-shirt and jeans, he turned to the National Lottery-funded project Suited To Help. The Plymouth-based organisation provides unemployed veterans with donated work clothes, allowing them to make a smart impression at job interviews or any other formal event.

Suited To Help’s director, Jodie Clarke, took Howard’s measurements over the phone, then turned up at his accommodation the following day with a smart suit, a belt, shoes, socks, underwear, a selection of shirts and a new rucksack. 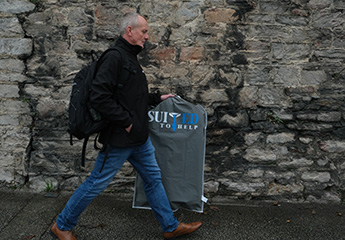 Howard said, “To be able to walk into an interview wearing a suit and tie and feeling proud again for the first time in months meant everything to me.”

When Howard opened his new rucksack, he found a £50 supermarket voucher in one of the pouches. He said, “Jodie didn’t mention it, it was just in there – she knew I’d find it. That meant more to me than anything. It meant I could feed myself.”

Howard was 19 when he joined The Royal Army Medical Corps (RAMC) in 1984. In 1986, he was deployed to Northern Ireland with The Royal Green Jackets and during the first days of the tour he witnessed the death of a close friend.

Howard said, “He was caught in the doorway of a derelict pub that was boobytrapped and the whole building came down on him. We ran over and tried to save him, but we couldn’t save him. It was a tour from hell and it had a massive impact on my life.” 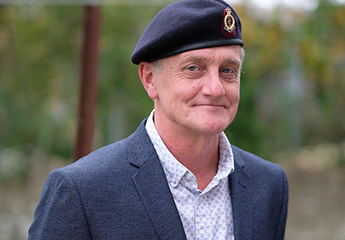 When he left the armed forces in 1991 – “I’d just had enough” – Howard began a successful career in construction. But issues with his mental health made relationships difficult. He said, “I’d always been a happy-go-lucky person, but over the years I became quite insular and quite destructive to other people at times.”

About 3 years ago, he admitted he had a problem and was diagnosed with Complex PTSD.

His most recent relationship began about 6 years ago when he was working on a building project in Cornwall. He met a woman in a supermarket and ended up living with her.

In March 2021 – with the UK making tentative steps out of lockdown – they split up and Howard moved out. A few weeks later he discovered his former partner had met someone else; when he found out she had got engaged it “tipped me over the edge”.

Howard hopes the worst is now behind him. Recently, he’s referred several other veterans to Suited to Help and he can’t sing the project’s praises loud enough. He said, “If I’d gone into that interview in jeans and a T-shirt I wouldn’t have got the job. Knowing I was smart gave me such a lift and such confidence.”