Claire Wright and her partner Chris Squires both served in the armed forces, but had very different experiences making the transition to civilian life. 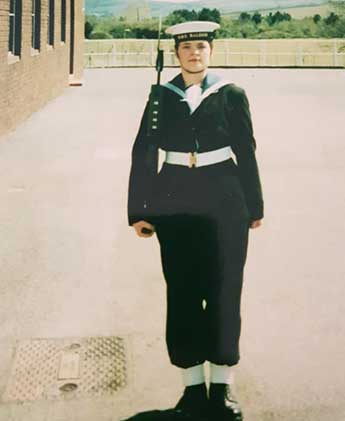 Claire, 46, travelled the world as a helicopter mechanic on the aircraft carrier HMS Illustrious before deciding to leave The Royal Navy in 2001. She had got married and “back in the day it was harder to stay in when you got married and wanted to have children.”

Chris, 35, was made redundant from The King’s Regiment in 2013 after 13 years service. He’d joined up at 17, so the move to civilian life – and the fact he was suffering from undiagnosed post-traumatic stress disorder (PTSD) – sowed the seeds for what would become a deeply traumatic experience. 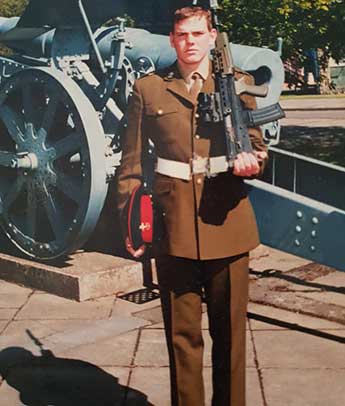 Claire said, “The army was all [Chris] ever knew, so he really struggled. He had a breakdown and got fired from his first civilian job and that took a toll on his health. He made 3 suicide attempts.”

Claire, who became a police officer after leaving the Navy, had an easier transition, but she also struggled with her mental health. She has also been diagnosed with PTSD, a result, she thinks, of some of the incidents she witnessed on the beat.

The couple could easily be forgiven for focussing all their energy on the challenges they faced after leaving the armed forces. Instead, they decided to use their hard won experience to help others in similar situations.

They started Trafford Veterans in May 2015 as little more than a table covered with leaflets about the support available in Greater Manchester to former members of the armed forces and the Emergency Services. Since then, their National Lottery-funded organisation has blossomed to include a breakfast club, a model and craft group, a walking football team, an allotment group and a regular community drop-in session.

Claire said, “At our first veterans’ breakfast we had about 30 people. There were more than 117 at our most recent one in February.”

The couple, who have both been married previously, were supposed to tie the knot in Las Vegas this year, but the coronavirus put those plans on hold. Instead, they’ve been focussing on helping their community of veterans – the oldest of whom is 99 – cope with the lockdown and its aftermath.

Supported by a grant from The National Lottery’s £600MMillion coronavirus emergency fund, Trafford Veterans has been working flat out to get help to those who need it most. Claire said, “For the past 30 weeks we’ve been delivering groceries, hot meals and puzzle books as well as doing welfare checks.”

In the meantime, another member of Chris and Claire’s family is set to continue their proud tradition of service. Her 16-year-old son Thomas, has applied to join The Royal Navy as a chef and she couldn’t be happier.

Supporting veterans is just one of the National Lottery funding areas highlighted by our new TV ad and none of it would be possible without you, the players. By playing The National Lottery you raise £30MMillion for good causes every week.