Wicksteed Park bounces back with help from The National Lottery

Wicksteed Park in Kettering is renowned as the birthplace of the children’s playground and boasts the first modern-day swings, slides and roundabouts. But the closure of its income-generating theme park rides and events during the pandemic forced it into administration in June, 2020.

Fortunately, the threat of permanent closure was averted with the help of funding made possible by National Lottery players and local people who raised more than £120,000 to save their cherished green space. 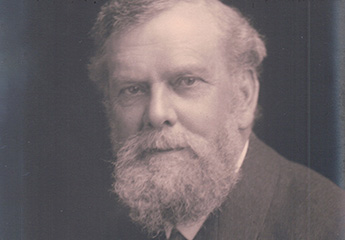 The park was opened in 1921 by a wealthy industrialist called Charles Wicksteed, who owned an engineering works in Kettering. He conceived it as a green space for local people; a place where children were encouraged to play and adults could relax and enjoy nature.

Oliver Wicksteed, Charles’ great grandson and the chair of the Wicksteed Charitable Trust, said the loss of the Park’s main sources of income during the pandemic posed an enormous financial challenge on the eve of its centenary. He said, “The Trust used its reserves to keep the place going, but the heroes of the moment were The National Lottery Heritage Fund who gave us 2 grants totalling about £480,000. It was an absolute godsend.”

Oliver is immensely proud of his great grandfather’s legacy, which includes pioneering the modern children’s playground. When Charles noticed some children on a Sunday School outing were sliding down a bench they had propped up against a tree, he had an idea.

Right from the start, Wicksteed Park used income from rides and amusements to fund a free playground and sporting facilities.

Oliver said, “We describe ourselves as a country park with rides. Of the 1M people who visit each year, about half are local people who use the free green space to walk their dogs and have picnics.”

Although the park has developed substantially over the years – its model railway has clocked up more than 20M rides since it opened in 1931, for example – the original idea of using income from paid amusements to support a free green space has been retained. Indeed, the park stayed open throughout the pandemic, providing a vital recreation area for local people.

Oliver said, “Lots of people in Kettering don’t have gardens, so the park was crucial for the local community.”

The incredible support provided by the local community and The National Lottery Heritage Fund means Wicksteed Park is facing the future with a great deal more confidence. Oliver said, “As far as the general public is concerned everything is open except a single soft play area. Myself and the trustees are very proud of where we are at the moment. We are in much better shape than we would have been without The National Lottery’s support.”