May is Zombie Awareness Month, an opportunity for fans of the living dead to exchange notes online, gorge themselves on zombie movies and wear a grey ribbon to spread zombie awareness. We’ve decided to join the flesh-eating fun by celebrating 4 zombie films made with the support of National Lottery funding. Enjoy!

The opening scene, in which a bewildered Cillian Murphy gazes at an overturned bus in a deserted London street, is hard to forget. Directed by Danny Boyle and written by Alex Garland, the film was named by IndieWire as the 14th greatest horror film ever made. Its enormous success – the $8MMillion film was critically acclaimed and grossed more than $82.7MMillion – triggered a new interest in zombies and put the undead back in the driving seat at the box office. 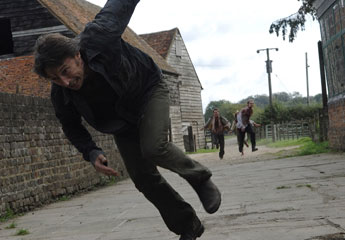 Sequels are often pale imitations of the original, but 28 Weeks Later is an exception. Directed by Spain’s Juan Carlos Fresnadillo and starring Robert Carlyle and Rose Byrne, the film is set 6 months after the original epidemic. The action revolves around a small group of American soldiers tasked with setting up a safe zone in central London. The Observer’s reviewer preferred it to 28 Days Later and wrote, “It will leave your heart pounding.” 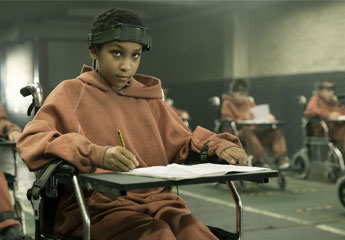 Director Colm McCarthy puts a new spin on the zombie film with this tale of adorable zombie kids. In a world ravaged by a parasitic fungus – anyone infected becomes a mindless flesh-eater known as a ‘hungry’ – mankind’s only hope is a group of young hungry hybrids – children with a taste for human flesh who retain the ability to think and learn. Film magazine Empire described it as “The best zombie-ish apocalypse in years.” 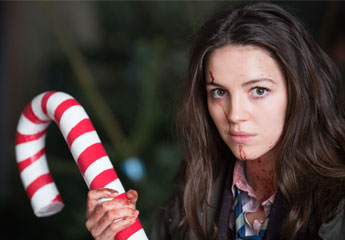 What’s not to like about a big-hearted Christmas zombie musical set in Scotland? Shaun of the Dead proved that zombies can be hilarious and Anna and the Apocalypse adds a bunch of catchy songs to the uproarious mix. Inspired by a BAFTA-winning short film, it features that rare thing: a zombie in a snowman costume.