Tina Borgia thought she was lucky when she and her husband Mike were selected to be part of the ‘virtual audience’ on Ant & Dec’s Saturday Night Takeaway. But when Stephen Mulhern singled her out and told her Multicultural Cumbria, the project she has worked with since 2017, will receive £350,000 funding from The National Lottery, she was flabbergasted. 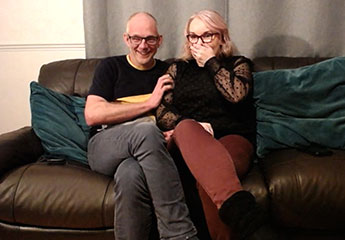 Tina, 46, said, “I was really surprised, absolutely delighted and really emotional. I think I reacted by saying, ‘Come on Cumbria let’s have it!’. My family are never going to let me live that down.”

A little later, as she was watching Ant & Dec’s Saturday Night Takeaway, the significance of the £350,000 funding really hit home. She said, “I thought I was going to burst into tears because it was all so overwhelming.”

Tina works with Multicultural Cumbria, a project set up to empower minority groups across the region. The former professional dancer, who was forced to give up her career when she was diagnosed with the connective tissue disorder, Hypermobile Ehlers-Danlos Syndrome, runs dance classes exclusively for women from different ethnic groups.

She said, “The Dance Carousel Around the World project started in 2019 when I met an Egyptian lady. She loved to dance, but because of her faith and culture she wasn’t able to dance in venues where men were around. That really struck a chord with me and I thought ‘I have to do something about this’.” 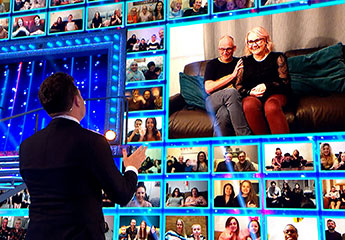 The Dance Carousel project now offers a wide range of classes ranging from African and Latin to Contemporary and Flamenco. During the pandemic it has moved many of its activities online, delivering its classes via Zoom.

The National Lottery funding will be used towards the set-up of a multicultural community centre in Carlisle, enabling ethnic minorities to have a voice and to celebrate their culture with others. Tina said, “It is really going to elevate things and take us to the next level.”

The dramatic moment Tina is told about the £350,000 funding will be shown on ITV before the main Lotto draw results and during the ad break in The Voice UK. The National Lottery sponsors 2 of ITV’s biggest Saturday night shows – The Voice UK and Ant & Dec’s Saturday Night Takeaway.

Watch the moment Tina is surprised by Stephen Mulhern below.