A footballer’s incredible journey from Lagos to Liverpool

These are exciting times for Comfort Etim. The Nigerian-born former professional footballer is expecting her third child in August and the team of female refugees and asylum seekers she coaches is riding high in the league.

Comfort, 39, still loves the game she learned to play in the streets of Lagos. But looking back at her extraordinary life she admits football has been responsible for some of the brightest and darkest chapters. 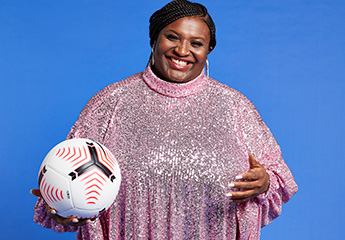 Comfort lives in Liverpool with her sons Ezekiel, 17 and Caleb, 5. Every week she coaches Comfort’s Angels, a football club composed of about 30 female refugees and asylum seekers from around the world. Last year, the team finished top of their group in She Inspires, a tournament organised by Liverpool FA. This year, they are placed second with just a few matches to go.

Comfort, a former asylum seeker who founded the team after being appointed as the outreach worker for Refugee Women Connect, a National Lottery-funded charity, said, “I used to think we were just a fun team, but the women know what they’re doing. They’re scoring goals and they’ve become very competitive.

“They [the players] are amazing and I’m privileged to know them. For them to be going through the things they’re going through and still want to play football is just extraordinary.” 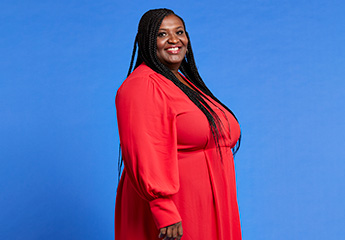 Comfort was met in London by a woman who took her passport – she said she needed it to obtain a US visa – and took her to a flat on a London council estate.

After 2 months sleeping on the living room floor, Comfort was told she had to leave. Destitute, without a passport and speaking little English, she was forced to beg for spare change under a bridge in Brixton in South London.

In 2004, she became pregnant with Ezekiel and moved to Liverpool. For several years she kept her ability as a footballer a secret and tried to forget about the game. It had become a source of shame, she explained, because her Nigerian family couldn’t understand why she wasn’t in America making a success of her life.

After obtaining a Level 2 coaching certificate, she became determined to use football to help other women seeking asylum in the UK. She said, “I knew the struggle they were going through and I wanted to be able to support women – single mums in particular – by offering them a way to just relax and have some fun.”

Comfort’s Angels (a name chosen by the team’s members) meets every Monday between 5-6pm. It has about 40 members on its WhatsApp group: roughly 30 of whom are refugees and asylum seekers; the rest women from the Liverpool community.

Comfort said, “The group is open to every woman because I think integration is really important. The best way to achieve that is to open the team to everyone in the community. It allows us to come together and share our diverse cultures. We befriend each other, help each other with languages and empower each other.”

She added, “Football has always been in my heart. It’s the thing that makes me smile and gets me excited.”

Thanks to National Lottery players, over £50MMillion of funding has been raised for women’s football over the past 10 years.