A ‘stunned’ van driver from Southampton has upgraded his wheels after winning the life-changing £1,000,000 top prize on a National Lottery Scratchcard. 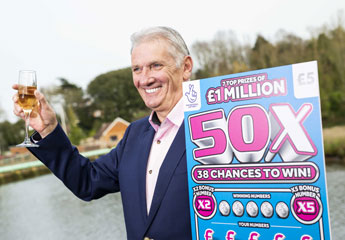 John McFadden treated himself to a new Skoda Kamiq to celebrate his National Lottery’s 50X Scratchcard success. John also has his eye on a dream trip to Bora Bora, when it is safe to do so, as well as a holiday around Cambodia and Vietnam, inspired by his son’s travels.

The 63-year-old recalled his winning Scratchcard moment. John said, “When I started scratching it off, it said £50,000 under the first number and I thought ‘whoopee!’ I carried on and just kept seeing more and more £50,000s. I thought it was a lot but didn’t know what to believe.” 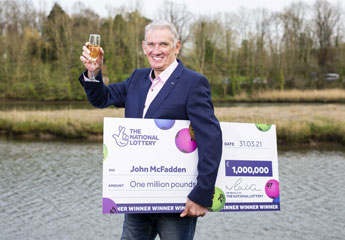 John, a father of 3, immediately drove to the retailer to have it checked, where the shop assistant told him ‘sorry, that win is too big for me to pay out’. John said, “When I then called Camelot to get it confirmed, I was just stunned when they said I had in fact actually won £1,000,000 and that I was a millionaire – I couldn’t believe it was real.”

Additional plans at the top of John’s bucket list include the purchase of a hot tub and a bar for his garden for the whole family to enjoy.