Frights at the museum for Laura and Kirk

For National Lottery winners Laura Hoyle and Kirk Stevens, nothing is as satisfying as a night of phantom fun. 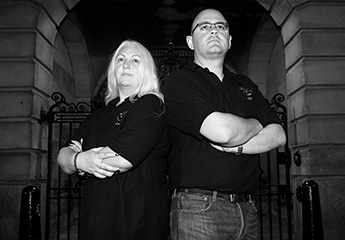 So, when the part-time paranormal investigators got the chance to spend a Halloween treat at Nottingham’s Museum of Justice – a place voted the UK’s most haunted site – they, er, jumped at the opportunity.

The couple, who in March 2021 won £10,000 every month for the next 30 years on Set For Life, have been passionate ghost hunters for several years. Their YouTube channel has thousands of subscribers who share their interest in things that go bump in the night.

Not surprisingly, they were thrilled (or possibly chilled) to get the opportunity to go to the Museum of Justice, a former courtroom, prison, and police station where people were tried, sentenced and even executed. Paranormal activity in the building’s medieval dungeons, prison cells and courtrooms is, well, fairly normal. 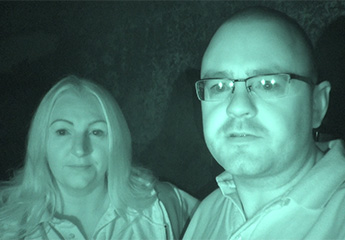 Armed with night vision cameras, the plucky pair spent their evening probing the nooks and crannies of the museum and even had access to the Sheriff’s Dungeon, a place closed to the general public.

Kirk, 37, said,”I never thought that one day we’d be able to do something like this. It was a dream come true. It helped that we had the Museum’s Head Interpreter Stephen Dennis with us at every point to provide invaluable knowledge.” 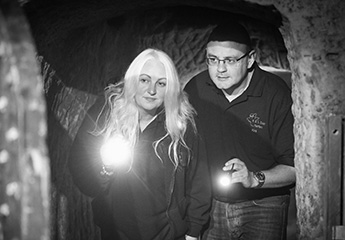 Stephen said the Museum, which has benefitted from more than £5MMillion of funding made possible by National Lottery players, is a mecca for ghost hunters. He said, “We’ve had multiple ghost sightings from hunters plus our own staff. We have cold spots, visitors claim to have heard voices, staff claim to have seen shadowy figures and some believe they have encountered spirits.”

So, did Laura and Kirk have their own share of ghostly encounters? To answer that question check out the video below that they made during their spooktacular visit.

Laura, 39, said, “We experienced a lot. In the Courtroom, we had more activity in just that one place than we normally have on any visit [to a haunted site]. We also heard footsteps above us while in the Sheriff’s Dungeon, even though we were metres below the surface sandwiched by sandstone.”