Wheelchair racer Hannah Cockroft admits her medal chase at the Tokyo Paralympics is part of a long held ambition to equal or surpass the record medal haul of one of Britain’s greatest Paralympic athletes, Baroness Tanni Grey-Thompson. 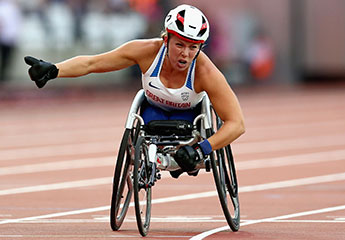 Hannah, who will contest the T34 100 metres and T34 800 metres events in Tokyo, said, “Any athlete wants to be the most successful and have the most medals. I don’t know if achieving her medal tally is possible because Tanni was racing in 4 or 5 events at every Paralympic Games. But it’s good to have aims and I don’t have an end point in sight. As long as I’m enjoying it I’ll keep going.”

The Tokyo Summer Paralympics will be an unprecedented event, of course. Hannah has few concerns about the size of the crowds, but said the lack of international competition during the pandemic presents her with a significant challenge: she has almost no idea what shape her main rivals are in.

The 28-year-old sprinter dubbed ‘Hurricane Hannah’ said, “I have a handle on what my British rivals are doing, but very little idea what my competitors in America and Australia are doing.”

The Yorkshire racer nominates the Australian Paralympian Robyn Lambird and America’s Alexa Halko as obvious threats, but says the dearth of international competition may produce some surprising results on the track in Japan. She said, “I know they’re watching me and I’m trying to watch them.” 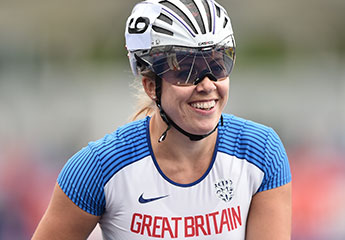 Hannah survived 2 cardiac arrests at birth which damaged 2 different parts of her brain and left her with a disability that affected her balance and mobility. Her Paralympic journey began in 2007 when she attended a British Paralympic Association talent day at Loughborough University and got her first opportunity to try an elite racing wheelchair.

Since then, she has become a dominant force in her sport; a world and Paralympic record holder at distances ranging from 100 metres to 1500 metres.

Hannah said support from National Lottery players has played a vital role in her extraordinary career. She said, “It means we can focus 100 percent on our sport and leave every single part of ourselves on the track. We are so lucky to have that support because some of my international competitors have to work full-time jobs to fund their competitions and training.”

Hannah said the decision to postpone the Tokyo Games for a year has not impeded her preparation. “I thought ‘I’ve got an extra year to get stronger and faster. If you have to pick a positive out of the pandemic it’s the fact that it gave me time to focus on things that sometimes get brushed under the rug when you’re rushing between training and competition.”