A mum from Cambridge said the moment she discovered she had won a £1,000,000 prize in the EuroMillions UK Millionaire Maker draw was “surreal and wonderful”. 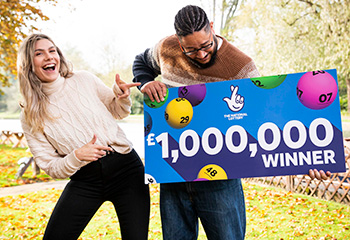 Holly Saul, 29, was just putting her baby down for a nap when she checked her National Lottery app and saw news of her life-changing win.

Holly and her partner, Ben Lowther, 38, spent the proceeding hour sat in their garden, contemplating their win and alternating between staring into space and ‘giggling like children’.

"We were both so shocked that I decided the only sensible option was to pour myself a G&T and Ben a Guinness”, said Holly.

Holly bought the winning EuroMillions ticket after her father-in-law posted a reminder on the family Whatsapp group.

She said, “I play The National Lottery from time to time, and I’m very happy I chose to on this occasion. The £1,000,000 win is going to make a huge difference to our whole family!” 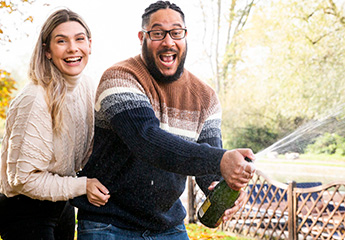 In particular, the couple were delighted to share the news with their parents.

Holly said, “It’s important they are on this journey with us, sharing the news about the win has already been amazing. To tell my parents, we bought mum her own laptop and loaded the video of me making the claim on it, then just pressed play. They were stunned to say the least. 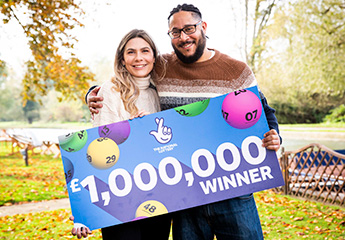 “We shared the news with Ben’s parents in a slightly more theatrical manner, Ben wore a T-shirt with a screenshot of the WhatsApp messages on the front, and on the back, ‘Things Idiots Say’. When they worked it out there were tears of joy.”

Holly says plans for the win include treating her and Ben’s parents. Holly also wants Ben to follow his dreams and continue developing a video game he has created.

“Despite the craziness of the last few days, we are staying true to ourselves and the people we are. Much to our daughter’s disgust, we won’t be trading in the Ford Focus”, said Holly.