Di Foster was still coming to terms with becoming a Lotto millionaire when she had another surprise: her grandson handed her a shopping list detailing all the treats he’d like from his lucky grandmother. 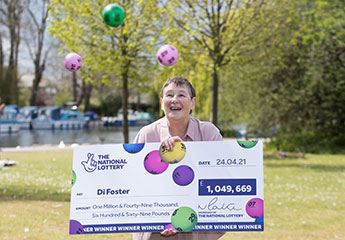 The fact that Di, 62, had won a whopping £1,049,669 on Lotto didn’t escape the notice of her 7-year-old grandson. She said, “As soon as he heard the news, my oldest grandson, Hayden, disappeared with a sheet of paper and coloured pens. In all the commotion and excitement we didn’t think much of it until he reappeared a little later with a very sweet ‘shopping list’ of the things he’d like me to buy him and his brother Theo! I won’t be buying him all of it but Hayden, Theo and their cousin will certainly have a few treats.”

Di, who lives in Reading, bought a Lucky Dip ticket for the Lotto Must Be Won draw on Saturday 24th April. She was sipping her morning coffee the day after the draw when she logged on to the National Lottery app and discovered she had won a staggering £1,049,669! 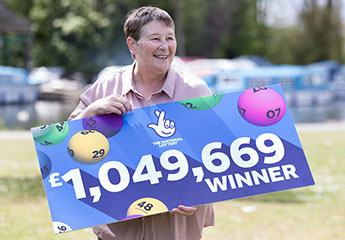 She said, “I was in complete shock. I live alone and have formed a support bubble with my daughter’s family so I abandoned my coffee and rushed over to Kelly’s to get her to check I wasn’t seeing things.”

Kelly, 27, checked the app and together they called Camelot to get the win confirmed. Di said, “My daughter had to pour me a glass of brandy to help with my nerves as the lady on the phone confirmed I was a millionaire; I just burst into tears of joy.”

Di is extremely close to Kelly and her other daughter, 23-year-old Jodie, so a family shopping spree is certainly on the cards.