A team of National Lottery winners from the North East of England has been bringing smiles to the faces of young people with learning difficulties. 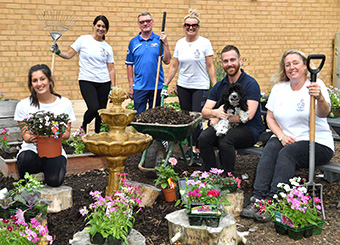 The 8 winners, who together won prizes of almost £10MMillion, spent a day with young people at Ability Sports North East in Newcastle. They built picnic benches and flower beds and planted a wildflower meadow and a new vegetable garden.

Ability Sports North East received funding of £9,700 in August last year thanks to National Lottery players. The funding was used to deliver food parcels and medication – a vital lifeline for people struggling as a result of the pandemic.

The charity’s base, Blaydon Youth and Community Centre, has also received £52,000 of National Lottery Funding to offer wider community support to those most in need. 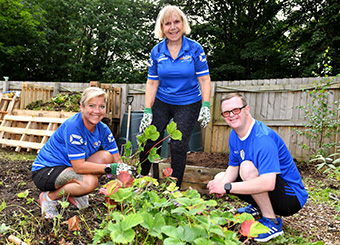 Among the team of volunteers was Margaret Storey from Baildon, West Yorkshire, who won £1.4MMillion on Lotto in 1998.

She said, “It has been a wonderful day supporting this charity. Fellow winners and I support numerous charities throughout the year and we were all delighted to work with Ability Sports North East on this latest project.

“It was fantastic to work alongside the young people who will directly benefit from their new benches and the vegetable garden. Hopefully this is something which will bring them joy for many years to come.” 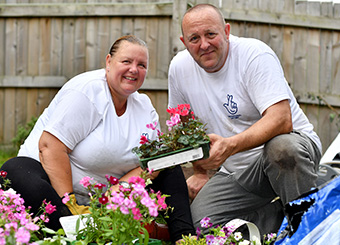 Brian Wood, who leads Ability Sports North East, added, “It has been a hugely successful day and we have really enjoyed working with the local National Lottery winners who have helped to make a real difference to the lives of these young people.

“We have previously not had any outdoor seating – these benches are a wonderful addition where the young people will be able to take time out to relax and enjoy their lunch in the sunshine.

"It is fabulous to think the young people have been able to work alongside the National Lottery winners and play an important role in building these benches. 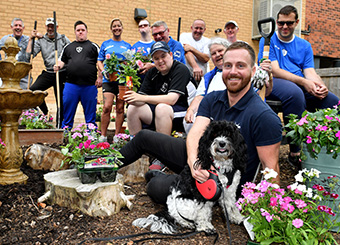 “The vegetable garden is a fantastic addition too and will prove to be a vital resource, both in terms of being a direct link into our local food chain here at the centre – and providing an important education resource for all of our young people too!”