A group of National Lottery winners from Scotland have teamed up to help plant trees in the ancient Caledonian Forest. 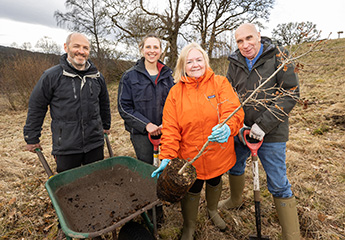 The 7 winners visited the Trees for Life’s rewilding estate in Dundreggan to lend a hand in efforts to reduce the impact of climate change by helping regenerate woodland.

The rewilding estate provides a base for volunteers, academics and researchers keen to learn more about its 4,000 species of plants and animals. A rewilding centre, due to open in 2023, will allow an even larger and more diverse audience to explore the restored landscape via a variety of immersive experiences.

Established in 1993, Trees for Life was set up to create new wild forests in an area depleted by years of natural and man-made destruction. The charity has received over £1MMillion in National Lottery funding since 2007 to help support several projects to rewild the Scottish Highlands, with Dundreggan being the most significant to date. 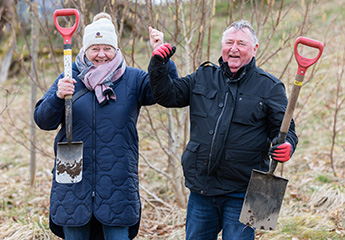 The National Lottery winners who spent a day at the estate have a combined worth of over £65MMillion. They included Libby Elliott from Fife, who won £2,159,664 on Lotto in August 2012, as well as Sheila and Duncan Davidson, who scooped £4,520,123 on a Lucky Dip ticket in February 2012.

The Davidsons said, “As big outdoor lovers it was a no-brainer for us to get involved in supporting the project. We’re blessed to live in a country as beautiful as Scotland so it’s important that we all play our part in protecting its natural environment and the wildlife species that live in it.” 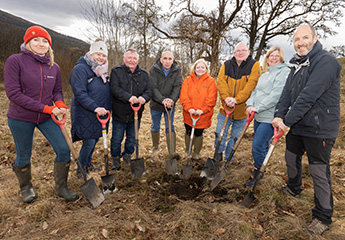 Kat Murphy, Education Manager at Dundreggan Rewilding Centre said, “Scotland is known for its dramatic scenery and deep-rooted heritage, which we're working to protect here at Trees for Life. Together with our trainees, volunteers and supporters, we're restoring the landscape to protect nature against climate change and ensure a better future for people and wildlife.

“We’re extremely grateful for The National Lottery funding throughout the years and to the winners for joining us to learn about our vital work at Dundreggan Rewilding Estate.”